WHICH FRUITS AND VEGETABLES HAVE THE MOST PESTICIDES?

If you eat strawberries in your morning smoothie or as a quick snack, make sure they’re organic. In an Environmental Working Group (EWG) analysis of 48 fruits and vegetables, strawberries earned the dubious moniker of most contaminated with pesticide residues.1

They beat out apples (last year’s top offender) and were found to be almost universally contaminated — 98 percent of samples contained at least one detectable pesticide residue.

It probably comes as no surprise that conventionally grown produce may be contaminated with pesticides, but there are wide variances in the levels of different crops.

Since most people tend to pick and choose which fruits and vegetables to buy organic, knowing which items are most contaminated helps you to prioritize which foods to buy organic and which are safe to purchase conventionally grown.

Eating Strawberries Could Expose You To Dozens Of Pesticides

Strawberries are one of the most popular fruits in the U.S. The average American eats close to 8 pounds a year, “and with them, dozens of pesticides, including chemicals that have been linked to cancer and reproductive damage or are banned in Europe,” EWG’s Bill Walker and Sonya Lunder said in a statement.2

EWG used data from the U.S. Department of Agriculture (USDA), which found strawberries tested in both 2009 and 2014 contained nearly six different pesticides per sample compared to under two per sample for all other produce.3

What types of pesticides are used on strawberries? According to EWG:4

The EWG analysis revealed that 40 percent of strawberries tested had residues of 10 or more pesticides (one sample even had 17 different pesticide residues).

It’s also known that some strawberry growers use 60 different pesticides on their fields. Whenever possible, choose organic strawberries or, even better, grow your own.

Strawberries are easy to grow and, as a bonus, they’re perennials and will come back each year in most climates. Plus, when you grow your own you get the satisfaction of harvesting your very own seasonal summer treat. As EWG noted, strawberries have only relatively recently become available year-round:5

“Fresh strawberries once were a seasonal treat, available in limited supply only for a few spring and summer months.

In recent decades the increased use of pesticides and other chemically-aided growing methods have made cheap strawberries available year round, and aggressive marketing campaigns have spurred consumption.”

The Dirty Dozen And Clean 15: Most And Least Pesticide-Contaminated Fruits And Vegetables

With the exception of strawberries beating out apples for the top spot, EWG’s 2016 “Dirty Dozen” list for most pesticide-contaminated fruits and vegetables looks very similar to last year’s list. So, too, does their “Clean 15” list, which are those that tend to contain very little pesticide residue.

EWG’s analysis combines six different measures of contamination to come up with a composite score for each type of produce. The results are as follows:6

Most of the samples tested fell within allowable legal limits for pesticide residues. For instance, only five strawberry samples tested exceeded the tolerance level set by the U.S. Environmental Protection Agency (EPA). This is the upper allowable limit for individual pesticides on produce.

Unfortunately, just because pesticide levels fall below the tolerance level does not guarantee they’re safe. As EWG noted:7

For instance, there is no legal limit on the number of different pesticides allowed on food. The effects of these chemical cocktails are unknown, but concern is warranted, especially since adults and children alike are exposed to low doses for a lifetime.

The tolerance levels also fail to take into account more recent research showing such chemicals may be toxic even at very low levels. The CHAMACOS Study is among those showing that very small amounts of pesticides may be harmful. Children born in Salinas Valley, California, an agricultural mecca, were followed through age 12 to assess what impact the pesticides had on their development.8 Mothers’ exposure to organophosphates during pregnancy was associated with:9

Glyphosate Residues Are Still A Mystery

Glyphosate, the active ingredient in Monsanto’s Roundup herbicide, is the most used agricultural chemical of all time. However, it’s not known exactly how much glyphosate may be in your food because the USDA does not test for it. The U.S. Food and Drug Administration (FDA) just announced in February 2016 that it may begin testing foods for glyphosate.

However, for now an analysis commissioned by the organizations Moms Across America and Sustainable Pulse10 suggested that eating non-organic, genetically engineered (GE) foods (the prime candidates for Roundup spraying) is associated with higher glyphosate levels in your body. The Detox Project explained:11

In a separate detailed analysis, glyphosate was found in the urine of cows, humans, and rabbits. Cows kept in a GM-free area had significantly lower glyphosate concentrations in urine than cows in conventional livestock systems.”

According to data from the U.S. Centers for Disease Control and Prevention (CDC), more than 75 percent of the U.S. population has detectable levels of organophosphate pesticides in their urine, and unless you’re a farmer, your diet is one of the most likely routes of exposure.12

Eating organic is one of the best ways to lower your overall pesticide burden. The largest study of its kind found that people who “often or always” ate organic food had about 65 percent lower levels of pesticide residues compared to those who ate the least amount of organic produce.13

Research also found that organic produce had, on average, 180 times lower pesticide content than conventional produce.14 That being said, not everyone has access to a wide variety of organic produce, and it can sometimes be costlier than buying conventional.

Remember that eating vegetables, even if they’re not organic, is better than not eating vegetables at all. However, when you need to prioritize, refer to the Dirty Dozen list and buy those organic as much as possible. If you shop at farmer’s markets, which I strongly recommend, you can also ask the farmer directly about pesticide usage.

It’s possible to find produce that is not certified organic that may still have a lower pesticide burden than typical conventional produce depending on the farmer. So if you can’t find organic produce, look for a local farmer who has eliminated pesticide use (or uses such chemicals only minimally).

Finally, if you know you have been exposed to pesticides, eat fermented foods like kimchi. The lactic acid bacteria formed during the fermentation of kimchi may help your body break down pesticides. 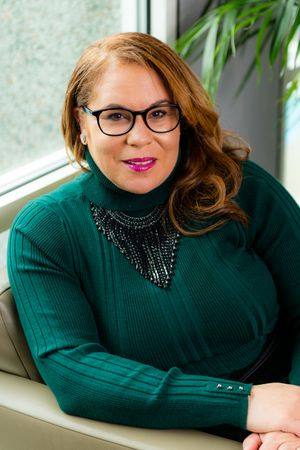 Denise Leslie is a mother, entrepreneur, healer, health & wellness advocate; she is all about living a pain-free life. Denise Loves her fellow therapist, and community and does not stop serving.